During orientation last week, one of the directors of my study abroad program said “Spanish friends are the best friends that anyone can ever have. Hope that you are lucky enough to understand what I mean by this one day.” In the moment, I was jet lagged and thought everything about orientation was lame, including this cheesy comment. But after the weekend I just had in San Sebastián, I realized that there was so much truth behind this statement.

4 years ago, I made a lifelong friendship with a Spaniard. Luis was the only foreign exchange student in the whole high school and that year, he was my best friend. He came into my life at the perfect time and I felt so lucky every day that he was in Houston. But now, I feel even luckier that 4 years later we can reunite and feel like we never spent a day apart.

We always said that someday we would see each other again and it finally happened. I got the chance to go visit him and he happens to live in the most beautiful city in all of Spain. He was kind enough to house 3 of my friends and me for the whole weekend (cheap and so incredibly nice!). All we had to do was ride a bus for 5+ hours both ways and Luis took care of everything else. And he did an amazing job- we saw everything and accomplished more  than we could’ve imagined! 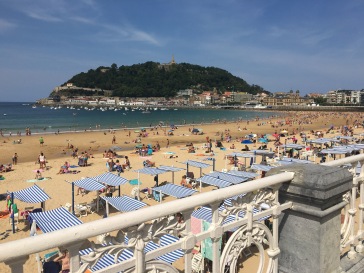 We rode bikes (even though one of my friends has a terrible fear of riding bikes), we visited all three of the city’s beaches, we ate the best sandwiches on the beach while watching a boogie boarding competition, we hiked to the top of a mountain, we jumped off a marina into the sea, we ate gelato twice, Luis hosted a barbecue with his friends, we drank a flaming alcoholic witch concoction that was accompanied by traditional Castellano music and a spell, we watched an annual Basque rowing competition called Bandera de la Concha and placed bets on the boats (I won- pure luck but I’m not complaining because I am 1 euro richer). We did it all in such a short amount of time. Writing about it is making me relive the exhaustion that we all felt on Sunday morning. I cannot imagine having a more amazing weekend with my friends -both new and old- in a more beautiful place. It was almost too good to be true. Am I the luckiest girl in the world or what? 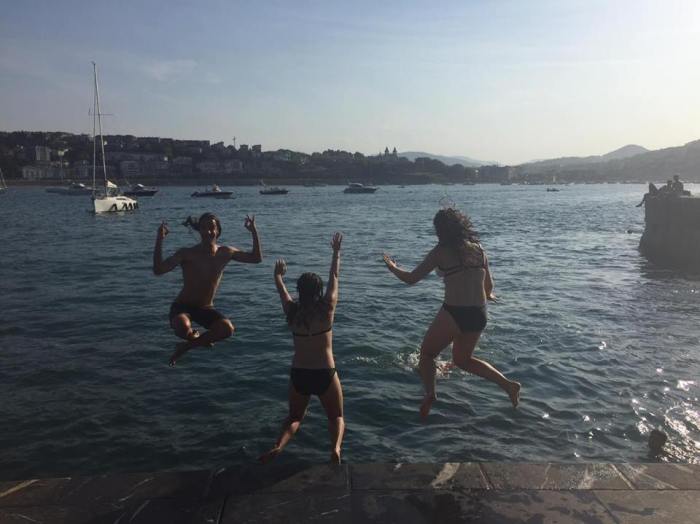 Over time, I forgot how special my friendship with Luis is and I am so glad to have had this trip as a reminder. He is one of the most amazing people I know. Spanish friends are the best friends. It’s true. I hope to one day make another Spanish friendship as fantastic as mine with Luis.

Sidetone: nowadays, Luis looks like Tarzan – Spanish Tarzan – because he has grown out his hair and grown into his adventurous self. I am like the Jane to his Tarzan. Ha! Not really.

Goran's layout adjusts itself depending on the device you are using. This means your site will look good not only on laptop browsers, but also on devices with smaller screens, such as the iPad and the iPhone.